JESSE roll out in St Lucia

In July, Professor Adele Jones and Dr Ena Trotman Jemmott visited St Lucia and met with the Chief and Deputy Education Officers from the Ministry of Education, who expressed their complete commitment to Jesse and stated that they wished to roll the game out across all schools in St Lucia. A recently introduced rights-based curriculum module, ‘Education for Democratic Citizenship’, provides the perfect vehicle, enabling the intervention to be embedded within the school timetable and sustainable year on year. This wider scale-up of Jesse is scheduled to happen over the next three years and funding from the World Bank, in partnership with the Ministry, will be sought.

Over the coming 12 months (commencing September) Jesse will be implemented in the south of St Lucia, in seven schools. Originally six, the Ministry of Education requested that a special case be made for the inclusion of a seventh school because of the severe disadvantage and trauma faced by many of its pupils. Despite the fact that teachers were on vacation, Principals, teachers, counsellors and IT specialists from six of these schools attended a half-day workshop on introducing Jesse.

Professor Jones and Dr Trotman Jemmott also met with officers from the Organisation of Eastern Caribbean States (OECS). The OECS is spearheading a juvenile justice programme across the seven countries they represent and are interested in exploring how Jesse can be incorporated as an intervention tool to work with young offenders. 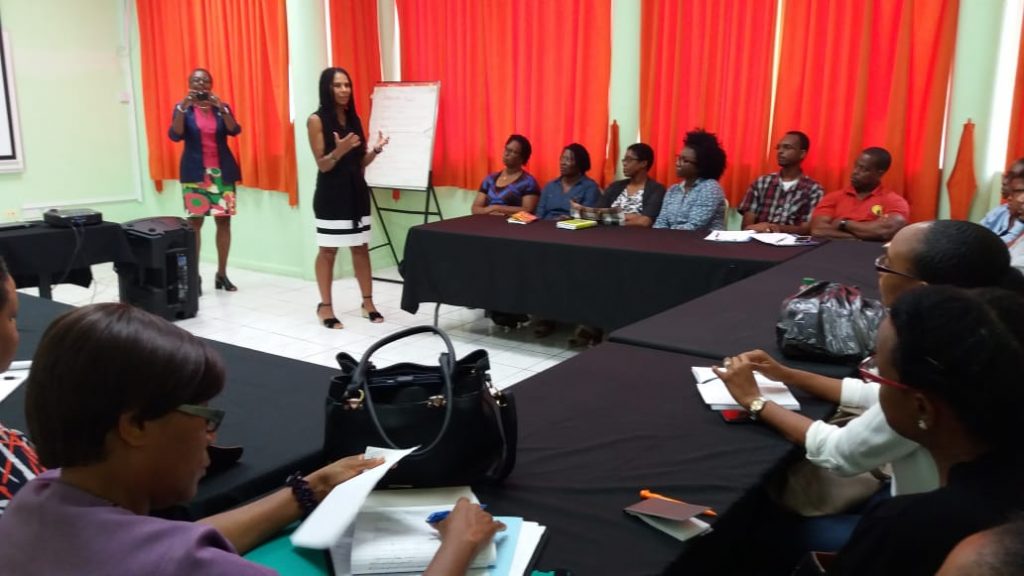