‘Jesse’ receives a fantastic reception from children in St Lucia

Over a twelve-month period, from September 2018 to September 2019, None in Three were pleased to support a pilot of our prosocial computer game ‘Jesse’ across 7 schools in St Lucia. The project was coordinated by Dr Morella Joseph-Jn Baptiste; click here to read the full report on the St Lucia Project.

On November 5th, Professor Adele Jones travelled to St Lucia to see first-hand the impact of the project. She spent time in all the schools that have been taking part in the programme, including both primary and secondary schools. The pilot included pupils across the 9-16 age range. The feedback, from children, parents, teachers and IT staff, exceeded all expectations. There was nothing but praise for Jesse!

Professor Jones spoke with students who, twelve months after playing the game, were able to remember every detail of the story and of the environments. More importantly, they were able to talk about the many ways they have been empowered by playing Jesse: increased caring, compassion, understanding; increased awareness of domestic violence, it’s causes, effects and how to get help; how to make the right choices and learning that violence is never the solution.

One student remarked on how grateful she was to play a game which featured black characters. This was echoed by teachers who affirmed the authenticity of the game to the Caribbean – the characters, the dialogue, the locations and the story.

Jesse has clearly had an incredible impact for the schools and the students who took part. One school at the closing event put on a performance, including a panel discussion of the game’s merits and a drama/poetry performance showing what Jesse meant to them. Teachers involved in the project reported that some children had given up their lunch breaks to spend more time with Jesse in the computer labs. The schools involved found that children’s behaviour was impeccable during the Jesse lessons, and that nothing could distract them when they were fully immersed in the game.

Further feedback from teachers highlighted both the quality and the importance of the supporting curriculum materials that accompanied the game. Feedback from the Ministry of Education was equally positive; they confirmed that Jesse had proved to be an excellent teaching tool, so much so that they plan to introduce it to every school in the country as an integral part of the curriculum.

Like many countries, St Lucia is grappling with increasing violence. An education intervention that focuses on peace has been welcomed by everyone. The success of our Jesse project in St Lucia highlights the potential that the work of None in Three has to bring about real change in attitudes and to have a positive influence on the lives of young people as they begin to explore the issue of gender-based violence.

It gives us great pleasure to be able to share a short ‘Ode to Jesse’, which was penned by one of the young people involved in the project in St Lucia.

Jessie, Jessie, Jessie
You Caribbean Boy
Through pain in a game
You did so much for us
Lots of fun we did have
Controlling your every move
Learning your story
So many skills you taught us
Love, caring, forgiveness
We learnt that from you
Domestic violence is bad
Bad, bad, bad we say
Thank you Jessie for the lessons you taught

(written by a student from Piaye Secondary School, St Lucia) 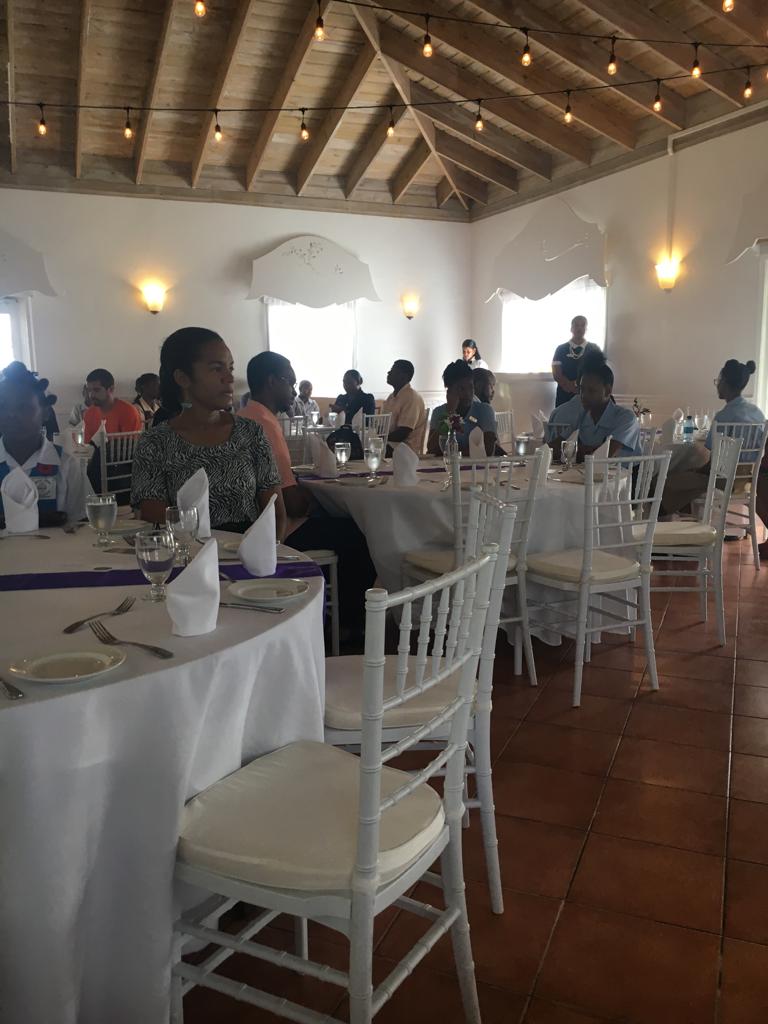 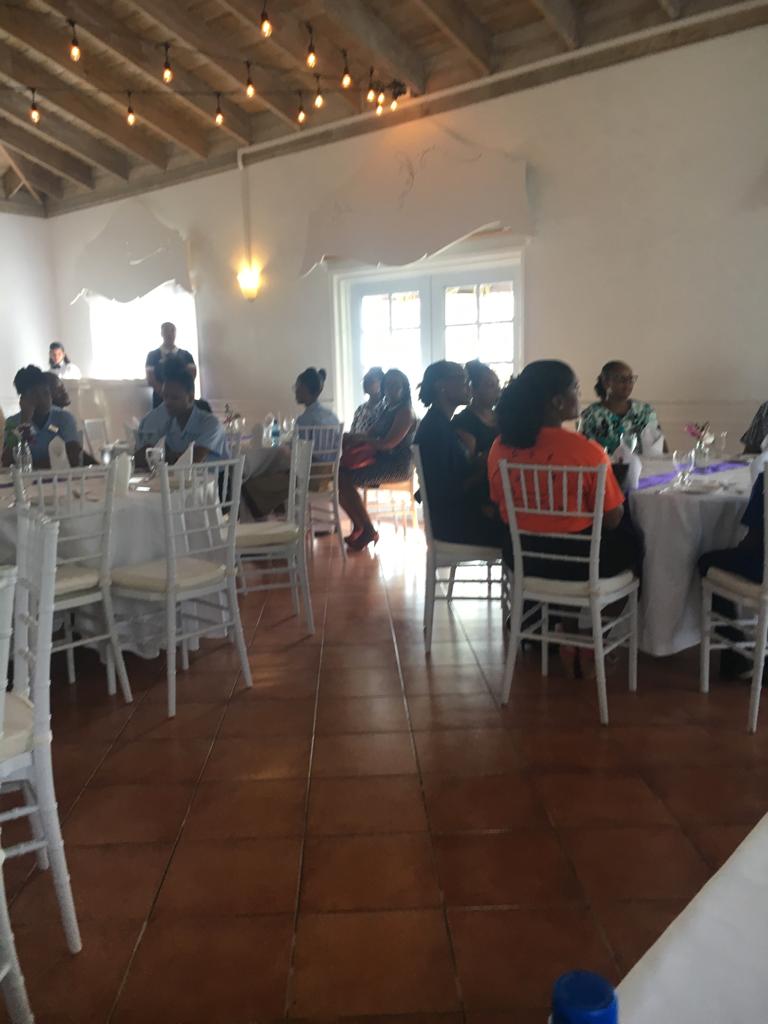 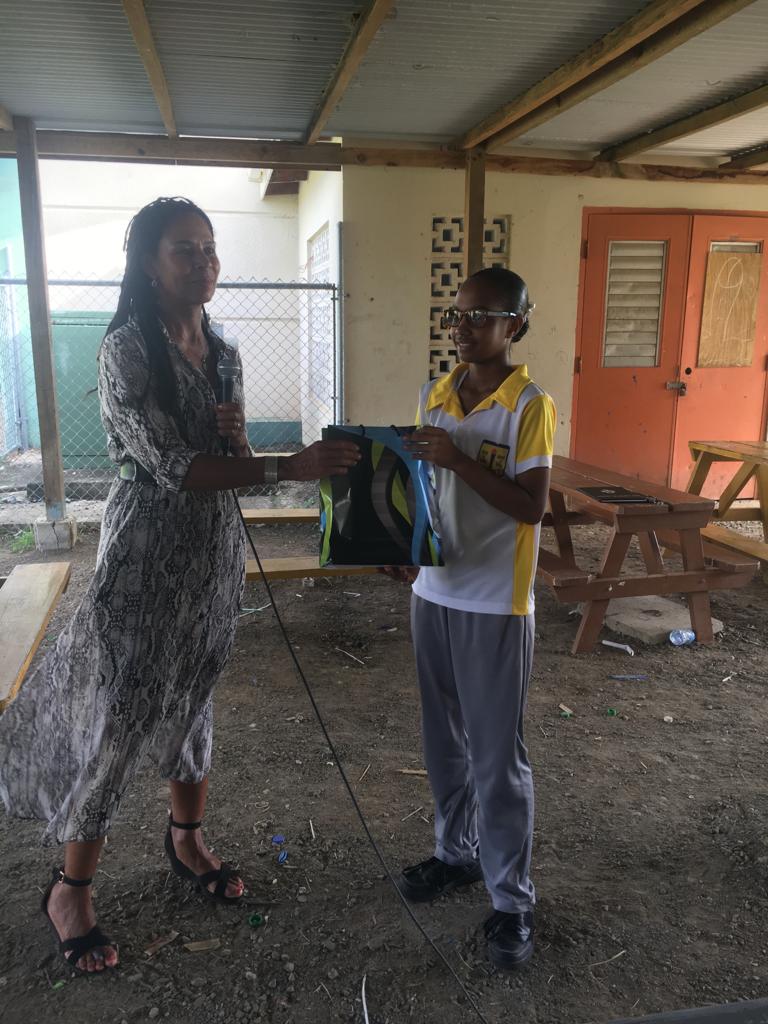